Homeopathy is a gentle, holistic healing system that is suitable for all ages. It treats the individual as a whole: instead of dealing with a specific symptom, a homeopath finds the root causes and deals with that. As a result a recurrence is less likely. Two patients exhibiting the same symptoms might be treated very differently. 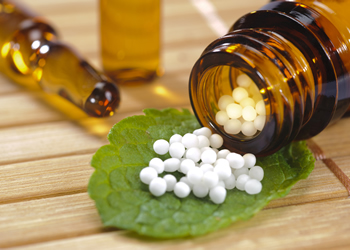 Homeopathy has a wide application, from acute to chronic illnesses.

It is now the second most widely used medicinal approach in the world.

Homeopathy was developed by the German physician named Samuel Hahnemann during the late 18th century and is widely accepted as a valid treatment throughout the world. He formed his theory “like treats like”, or the Law of Similars, which states that when a substance in large doses causes certain symptoms, in small doses it can cure the same symptoms.

The first known use of homeopathic-like treatment was by Hippocrates in Ancient Greece, known as the “father of medicine”. He discovered that the best way to treat recurring vomiting was with a diluted emetic. In 2000, homeopathy was recognized by the House of Lords Select Committee on Science and Technology as one of the five ‘Group One’ therapies, having an individual diagnostic approach.

How does homeopathy work?

In much the same way that conventional medicine treats allergies with allergens, homeopathy is based on the theory of “like treats like”.
A minutely diluted natural substance is prescribed which, if it were given in a full dose, would most likely cause the symptom being treated. This dilution is often in the millionths of a fraction, so there are no potential ill-effects. It is completely safe, even for children, pregnant women and sensitive patients.